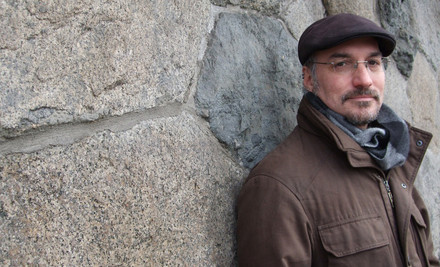 The distinguished composer, improviser, and sound artist Matthew Goodheart will give a recital at the Columbia Global Center | Paris (4, rue de Chevreuese, 75006 Paris) on Sunday, November 6, 2016, at 8:00 pm. The program will feature works by Goodheart including Prelude (2015); improvisation (2016); Bow Piece (2016); and for piano and metal percussion (2012, revised 2016). The performance, which is co-presented by the Department of Music, the Columbia Global Center in Paris, and Columbia Undergraduate Programs in Paris, is part of the Columbia Sounds series featuring alumni, faculty, and students of the Department.  To register for this concert please click here.

Goodheart, a Mellon postdoctoral fellow in the Department of Music at Columbia, has developed a wide body of work that explores the relationships between performer, instrument, and listener. His diverse creations range from large-scale microtonal compositions to open improvisations to immersive sound installations – all unified by the analytic techniques and performative methodologies he has developed to bring forth the unique and subtle acoustic properties of individual musical instruments. Goodheart’s approach results in a “generative foundation” for exploring issues of perception, technology, cultural ritual, and the psycho-physical impact of acoustic phenomena. His work has been featured throughout the US, Canada, and Europe in such festivals as Neue Musik Köln, MaerzMusik, The International Spectral Music Festival, June in Buffalo, Klappsthulfest, Jazz Ao Centro, The Illuminations New Music & Arts Festival, and many others. Among his numerous awards and honors are a Civitella Ranieri Fellowship, the 2014 Berlin Prize in Music Composition, and a 2013-14 Fulbright Grant to the Czech Republic where he worked with the historic quartertone pianos designed by Alois Hába.