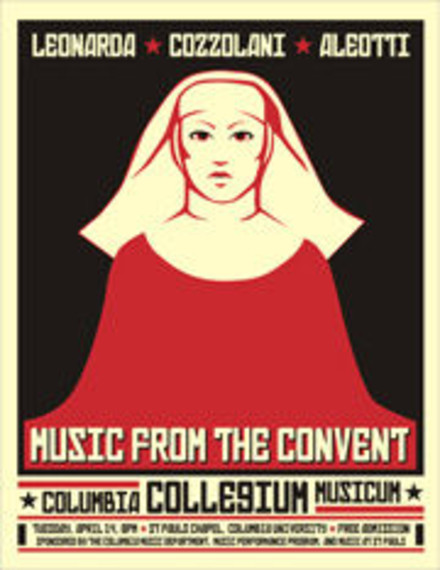 The 17th century saw the first widespread publication of music by women composers.  Somewhat ironically, most of these composers—whose music was publicly praised—were nuns who were cloistered away from public display.  Their reception in recent years mirrors this situation: music by Chiara Maria Cozzolani, Raffaella Aleotti, and Isabella Leonarda has experienced a significant resurgence in performance and recording, yet this music remains marginal, performed primarily by a small number of pioneering women performers who specialize in women's music.  Nuns' music is problematic in scholarship as well; as Thomasin Lamay has shown, music by early modern women is usually dismissed as simple.  Suzanne Cusick writes that “a composer's experience of difference will show up—if it does at all—in a work's eccentricity.”  There is indeed a significant difference between the musical language of these women and that of their male contemporaries.  Aleotti, Cozzolani, and Leonarda consistantly break rules of harmony, voice leading, and text setting, as if they were consciously attempting to carve out a new, disobediant musical direction.

Raffaella Aleotti (c. 1570-after 1646) was active as a prioress in Ferrara, and was described as “most knowledgable about music” by M. A. Guarini. Her 1593 publication of motets, from which we will be performing tonight, was the first publication of sacred music by a woman. Chiara Margarita Cozzolani (1602-c. 1678) became a leading composer in Milan in the mid-17th century.  Her Missa à 4 is atypical in that it sets the complete Mass Ordinary (nuns usually did not perform the Sanctus and Agnus Dei) and eschews the florid vocal writing characteristic of the majority of her output.  Isabella Leonarda (1620-1704) was the most prolific woman composer of the 17th century, with over 200 extant pieces.  She is most famous for her solo motets, like Salve Regina, but the diversity of her output is reflected in tonight's program, with a large-scale concertato choral motet and a violin sonata.

While the nuns certainly composed for their own convents, their music was also intended for widespread public consumption—which might lead us to question their marginal status in music history.  Further, these compositions were arranged for mixed choir—soprano, alto, tenor, bass—which causes continual confusion today as to how they were originally performed by cloistered nuns.  The Collegium's concert tonight is an attempt to prove the beauty and effectiveness of these pieces—not just as women's music.  The inclusion of several ensembles emphasizing low voices challenges the notion that music composed by women need be performed only by women.  We hope that our performance will demonstrate  the fiery vivacity and deep spirituality of their music.