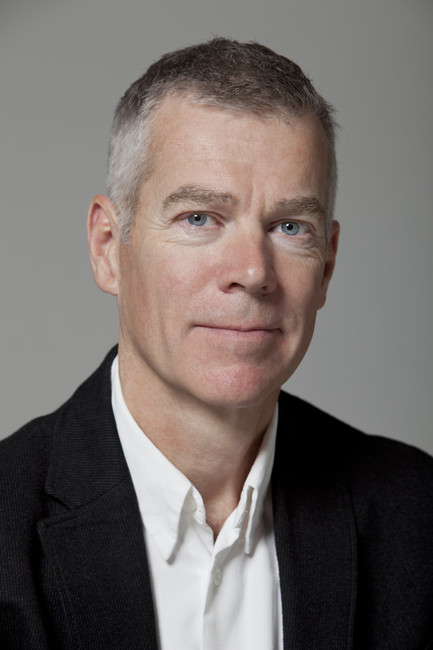 On Friday, October 27 at 3PM, Donald Greig will deliver a talk, "Giving Voice to Joan of Arc," as part of the Historical Musicology and Music Theory Colloquium series.

Like many other films about Joan of Arc, Carl Theodor Dreyer’s 1928 La Passion de Jeanne d’Arc has been graced with musical accompaniment, from rock guitars to full symphonic orchestra. Familiar anachronistic tropes of medieval music abound and only occasionally do we hear pieces genuinely from the time in which the film is set, yet such a score was at one time envisioned by the film’s director. Now, in an age in which medieval music is heard on the concert stage and in recordings, the British medieval ensemble, The Orlando Consort, has produced a soundtrack of music heard during Joan of Arc’s lifetime. My paper will examine intersections of silent film and medieval music, and the modern performance of medieval music.

I was born between Dunstable and Luton in England, a suitable location for someone who has ended up being an itinerant singer of early music; Dunstable is a famous C.15th English composer and Luton is infamous for its airport. A rather predictable though by no means preplanned life for a singer of early music followed: Chorister at Westminster Abbey, Choral Scholar at Canterbury Cathedral.

After getting a First in English and Film Studies at the University of Kent at Canterbury followed by post-grad work in Film Theory and despite serious attempts to fly in the face of such an upbringing (taking in lecturing in Film Studies and Semiology, reviewing films, early acting promise squandered in walk-on roles), I ended up in the early music 'scene' in London.

More by luck than judgement, I was in the right place at the right time and joined Tallis Scholars in 1985. Similar good fortune followed in 1988 when I was a founder member of the Orlando Consort. Along the way there has been singing with Westminster Cathedral, Gothic Voices, Taverner Consort, Fretwork, Gabrieli Consort, Cardinall's Musick and many choruses.

Recordings with which I would be happy to be associated are the Tallis Scholars' recording of Josquin's Pange lingua and La sol fa re mi masses, anything by Gothic Voices I've been fortunate enough to be involved with, and all of the Orlando Consort's recordings.

In the 80s I did some part-time lecturing at Goldsmiths, University of Kent, and University of Reading in Film and Semiology. I have given lectures and workshops in musicology at Harvard, Notre Dame, Peabody Institute, Vanderbilt University and at two annual meetings of the American Musicological Society. Now I find myself studying for a PhD in music at University of Nottingham based around the soundtrack I designed for Voices Appeared.