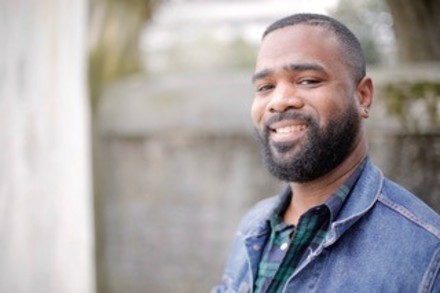 The Center for Ethnomusicology presents a colloquium talk by:

(Director of the Center for Washington Cultural Traditions)

Friday, March 29, 2019, from 4:00PM-6:00PM
701C Dodge Hall (Columbia Morningside Campus @ 116th and Broadway)
Free and Open to the Public -- ALL are always welcome
Reception to follow
For information or special accommodations, write: aaf19 [at] columbia.edu

Abstract:  Within hip hop discourse, Houston, Texas is known as the “City of Syrup,” a reference to cold medicine based drug concoction that have become commonplace in Houston rap music and related media. It is also called “Screwston” in memory of the late Houston-based DJ Screw and the slowed down sound he contributed to hip hop. Just as important as these elements, however, is SLAB, the vehicle culture developed within Houston’s African-American neighborhoods. In this presentation, I argue that SLAB is a catalyst in the production of the scene, being a primary influence on musical aesthetics and cultural identity.

Slabs are typically large American sedans that have been tricked out with explosive paint jobs, various types of vehicle adornment, and booming sound systems. Slab culture coalesced in the early 1980s due to the development of “swangas,” a colloquialism for the rims that came standard on certain Cadillac models. Slab owners invest thousands of dollars in the creation of their vehicles, purchasing their cars when they are in modest states and slowly converting them into something more elaborate. During this process, the vehicle becomes inscribed with individual experience and identity and broadcasts this to the outside world.

Since the early 1990s, slab has played a key role in the indigenization of hip hop music in Houston influencing the creation of music groups as well as becoming source material for hip hop lyrics and a symbolic producer in the composition of instrumentals. Furthermore, the cars have functioned as markers of authentic Houston hip hop identity and experience both within and outside of the city. Using insight gained from years of ethnographic and archival research, I will explore the complex role of SLAB in the production of Houston’s multifaceted hip hop scene.

Speaker Bio:  Langston Collin Wilkins, PhD is a Seattle-based folklorist, ethnomusicologist and writer. His research interests include hip hop culture, urban folklife and African American music. He received his PhD in Folklore & Ethnomusicology from Indiana University in 2016. He also holds a Masters degree in African American and African Diaspora Studies from Indiana University and a Bachelors of Arts in English from the University of Texas at Austin. Langston is currently the Director of the Center for Washington Cultural Traditions, a collaboration between Humanities Washington and the Washington State Arts Commission that seeks to document and preserve the traditional culture of Washington state.