Gundula Kreuzer, "Opera and the Screen" 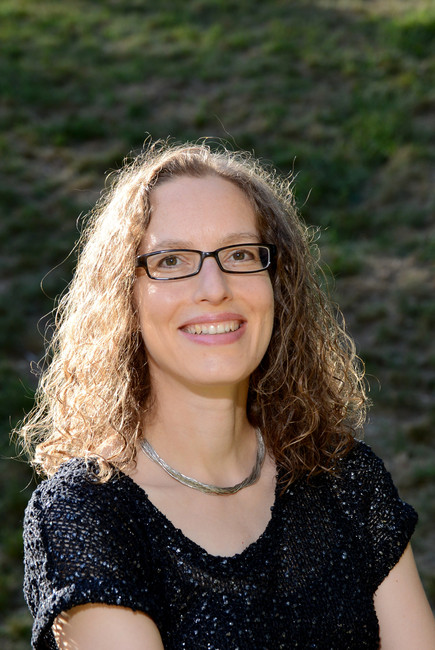 On Friday, April 13 at 3:00PM, Gundula Kreuzer will present a talk, "Opera and the Screen," in conjunction with the Historical Musicology and Theory Colloquium Series.

Over the last decade, the “Met live in HD” broadcasts have stoked fears that cinematic remediations of opera might expedite the demise of live performances, while film scholars have begun to worry about the future of the cinema itself. Starting with this irony, my talk will challenge the frequent opposition of opera and screen by exploring a possible genealogy of the screen within opera. Digital projections have become ubiquitous in contemporary operatic production. More fundamentally, I will suggest that the nineteenth-century ideal of illusionist staging hinged upon an ultimately two-dimensional concept of optical realism, with even the architectonic innovations of Wagner’s Festspielhaus contributing to a flattening of the performative surface. From this perspective, the recent upswing of site-specific or participatory performances by indie opera companies appears to counter the screening of opera both on proscenium stages and in cinemas.

Gundula Kreuzer is Associate Professor of Music at Yale University. In both her writing and her teaching, Kreuzer approaches music from a wide range of interdisciplinary perspectives, such as social, cultural, and political history as well as theories of technology and multimedia. Her award-winning first book, Verdi and the Germans: From Unification to the Third Reich (Cambridge University Press, 2010), examines the changing impact of the popular Italian composer on German musical self-perception and national identity. In spring 2018, her monograph Curtain, Gong, Steam: Wagnerian Technologies of 19th-Century Opera will be published by the University of California Press. Merging theoretical and historical approaches to opera’s multimedia nature, the book examines how composers since the late 18th century increasingly tried to control certain aspects of staging by embracing specific stage technologies. Focusing on the cultural resonances and hermeneutic potentials of the titular technologies of the curtain, the tam-tam, and steam before, in, and beyond Wagner, the book ultimately develops a wider perspective on the nature and ephemerality of staged opera as well as the legacies of nineteenth-century efforts to “fix” productions in contemporary culture.

In other recent work Kreuzer has addressed the situation of opera in the digital age, challenged the centrality of the “Beethoven paradigm” in Germanic music historiography, and addressed the much-debated phenomenon of Regietheater. Together with Clemens Risi, she guest-edited a double issue of The Opera Quarterly (“Opera in Transition”; vol. 23/2-3, 2011), and she contributed to such encyclopedias as the Verdi-Handbuch (2001, rev. 2013), Wagner-Handbuch (2012), and the Cambridge Encyclopedias of Verdi and Wagner (2013). Her critical edition of Verdi’s instrumental chamber music for The Works of Giuseppe Verdi: Series V appeared with The University of Chicago Press and Ricordi in 2010. She also gained experience as a freelance radio presenter in Germany and has recently contributed to broadcasts on WNYC and the BBC. From 2006 to 2010 she was Reviews Editor of The Opera Quarterly, and she currently serves on the editorial board of the Journal of the American Musicological Society.

Kreuzer’s first monograph won the 2011 Lewis Lockwood Award of the American Musicological Society, the 2012 Gaddis Smith International Book Prize of the MacMillan Center for International and Area Studies at Yale, and the inaugural Martin Chusid Award for Verdi Studies in 2013. Among other grants and awards, Kreuzer has received the Paul A. Pisk Prize (2000) and the Alfred Einstein Award (2006) from the American Musicological Society as well as the Jerome Roche Prize (2006) from the Royal Musical Association. At Yale, she was awarded the Samuel and Ronnie Heyman Prize for Outstanding Scholarly Publication in 2010, was a Fellow at the Whitney Humanities Center in 2010-11, and has been a Senior Research Fellow in International and Area Studies at the Macmillan Center since 2012.