In Praise of Jack Beeson: A Centennial Exhibition 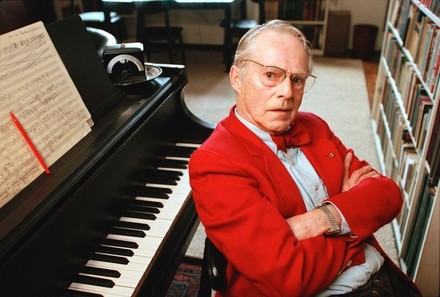 In Praise of Jack Beeson: A Centennial Exhibition

We celebrate the centennial of the birth of Jack Beeson, born on July 15, 1921. Jack’s story is a very New York story. While he was born in Indiana, at the age of 12 he was inspired by the Saturday afternoon live Metropolitan Opera radio broadcasts (scheduled to return on December 4) to decide to become an opera composer. His 2010 Columbia Magazine profile calls him “A Master of the American Opera.”

After graduate work at the University of Rochester’s Eastman School of Music, he came to New York to study with Bela Bartok. Although Bartok had refused to take on composition students, Jack was able to convince Bartok to accept him as a student, writing that “I thought it was possible for one to learn something about composition from someone who thought he couldn’t teach it.”

Jack would join Columbia’s famed Opera Workshop and Music Department in 1945. He was named MacDowell Professor of Music in 1967 and served as Department Chair from 1968 to 1972. His many accomplishments include establishing a doctorate in music theory and composition, adding degrees in ethnomusicology, and connecting Columbia’s music program to that of the Juilliard School of Music. In addition he served behind the scenes on the Pulitzer Prize in Music, and was active in many other organizations, including Composers Recordings Inc., the American Composers Alliance, ASCAP, and the Alice M. Ditson Fund.

As a composer, his catalog of 128 works includes 10 operas, the best known being “Lizzie Borden, A Family Portrait in Three Acts,” commissioned by the Ford Foundation, that had its premier by the New York City Opera in 1965.

The Chang Octagon Gallery exhibition includes material drawn exclusively from RBML’s Jack Beeson Collection that was enhanced by a gift from his daughter Miranda Beeson in early 2020. Items on display include manuscripts and printed editions of many of his compositions, some correspondence, a few of the many scrapbooks that he kept on his life and works, and original set and costume drawings for his operas “Lizzie Borden” and “Hello Out There.”

Non-current Columbia ID holders will need to make an appointment to see the show as of October 2021. Please contact us: rbml [at] library.columbia.edu