Motets and Songs of Josquin 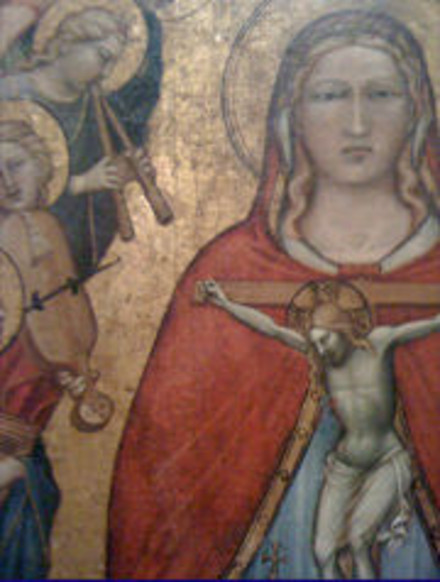 Josquin was esteemed as one of the greatest of composers in his own time. In 1547 Glareanus penned the famous anecdote relating Josquin’s Orpheus-like powers: “Louis XII, the French king, had promised him some benefice, but when the promises remained unfulfilled, as is wont to happen in the courts of kings, Josquin became aroused and composed the Psalm Memor esto verbi tui with such majesty and elegance that, when it was brought to the college of singers and then examined with strict justice, it was admired by everyone. The king, filled with shame, did not dare to defer the promise any longer and discharged the favor that he had promised.” Scholars today also regard Josquin as a genius, the greatest composer of his generation, by some accounts of all time. Such worship has motivated a desire to illuminate the obfuscations surrounding the man and his music, including the dating and legitimization of his musical corpus. Josquin’s popularity in his own day was augmented by the then-new music printing industry. Josquin became a brand-name, insurng the sales of printed music throughout the 16th century. Current estimations suggest that of around 300 works composed under the name Josquin, only about half can be securely attributed to the actual historical figure, the mythical genius. Our program tonight is representative of this split between the actual and apocryphal,containing six works deemed spurious or inauthentic by the editors of The New Josquin Edition. Some of the most cherished masterpieces of Josquin’s oeuvre, Absalon, fili mi, El grillo, and Mille regretz were perhaps not composed by Josquin at all.

Historical circumstances also veil meanings in the music from contemporary ears. Our concert begins with Inviolata, casta et integra es Maria, a motet for twelve voices that praises the Virgin of the Immaculate Conception, who is often depicted wearing a crown of twelve stars. When the twelve voices begin singing together, a cantus firmus melody— one likely newly composed by Josquin—begins, singing the words “O Maria, flos virginum.” This melody is circular in form, the type of melody that in Josquin’s time was used by composers to depict the nimbus of saintly persons. Numeric symbolism finds a place in Stabat mater dolorosa as well, where the cantus firmus melody comprises 100 notes, a number associated with eternal life in Christian medieval numerology. The mingling of sacred and secular music was a common feature of the period, as two of the motets on tonight’s program demonstrate. The second part of Tu solus qui facis mirabilia opens with a musical and poetic quotation of Ockeghem’s song, D’ung aultre amer, one of the most widely disseminated songs of the late fourteenth century. The secular poem is easily transferred to a sacred setting, and in the context of Tu solus—an elevation motet to be sung when the host is raised to be viewed by the congregation—becomes an expression of Christological devotion. Victime paschali laudes also quotes D’ung aultre amer, as well as De tous biens plaine by Hayne van Ghizeghem, another of the most widely disseminated songs of the late fourteenth century. Convention made the latter song an expression of Marian devotion; its appearance in Victime paschali laudes suggests that the Virgin Mary was witness to the risen Christ, contrary to the account given in the gospels.  Secular music could contain sacred meaning, as in Petite camusette : the lovers Robin and Marion were traditionally connected to Mary and Jesus, described as lovers in the Song of Songs. Something else to listen for is the use of triple-time versus duple time. Most of the music on the program is in duple time, with small segments of the texts set in triple time. Although it is not clear what motivated Josquin to make these temporal distinctions, there seems to be a correspondence between such sections and contemplation of perfection. This accords with the musical rhetoric of Josquin’s day, which considered triple time to be “perfect time,” while duple time was “imperfect.” Serenus Zeitblom describes the expressive power resulting when the austere linear style of the Netherlandish composers blushes with a warmth of feeling, a mixing of what he calls the objective and subjective that is the mark of inspiration. This is a feature of the music of Josquin—the man or the brand—and explains in part the beauty of the music, as well as its captivating power.