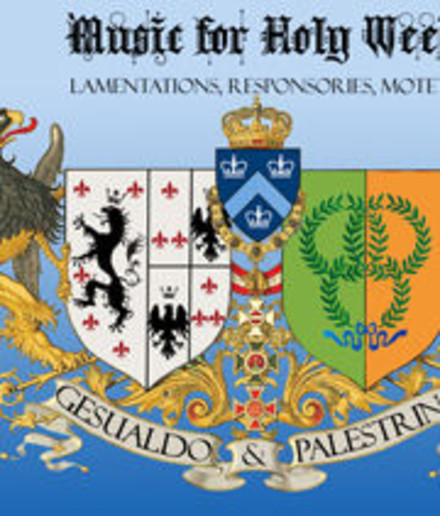 As the winter gives way to spring the Christian Lenten season prepares for the Easter celebration, the resurrection of Jesus coinciding with the rebirth of the earth.

The Tenebrae service is celebrated on each of the three days before Easter Sunday, either early in the morning, or during the preceding evening. Tenebrae services include readings from the Book of Lamentations, which has been a musical inspiration to many composers. In addition to Palestrina, polyphonic settings of the Lamentations were composed by Dufay, Arcadelt, Victoria, Lassus, Tallis, Byrd, Carissimi, Charpentier, and Jommelli; as well as Krenek and Stravinsky in the twentieth century. Between selections from the Book of Lamentations during the Tenebrae service are Responsories, which also boast a wealth of musical settings from 1550 – 1650, the most famous by Victoria, Gesualdo, and Ingegnieri, this last long believed to have been by Palestrina. Alessandro Scarlatti, Jommelli, Leo, and Michael Haydn are among the eighteenth-century composers of the Responsories.

The Easter season marks a transition from death to life, a metaphysical opposition mirrored in the musical one between the two composers featured on tonight’s program. Palestrina is the mythical hero who saved polyphonic music from the jaws of the Council of Trent, as the story goes. Not only is Palestrina savior, but his music, his style, became the foundation of the art of composition, as codified in Fux’s Gradus ad Parnassum, published in 1725. Gesualdo, on the other hand, presented a musical dead end, his music forgotten until it was resurrected by Stravinsky in the twentieth century. While composition was work for Palestrina, the Prince of Venosa was not troubled with monetary concerns, and so composed for himself. Gesualdo’s music is idiosyncratic, to say the least, populated with chromatic inflections and dissonances that lead today’s listeners to consider him either a genius or an incompetent amateur.

The music of tonight’s program marks the end of a time of sorrows and lamenting, and the beginning of a period of rejoicing. The Alleluias that conclude Ardens est cor meum and Victime paschali are shouts of praise, inspired by joy, and hopefully spreading joy as well.