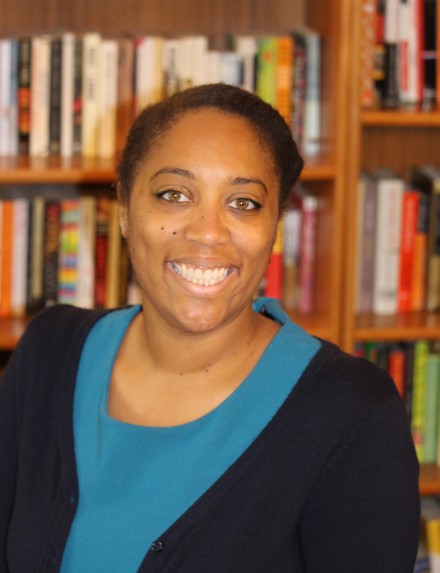 Prof. Kira Thurman is Assistant Professor of History and also of Germanic Languages and Literatures at the University of Michigan. A classically-trained pianist who grew up in Vienna, Austria, she earned her PhD in history from the University of Rochester in 2013 with a minor field in musicology through the Eastman School of Music. Her research, which has appeared in German Studies Review, the Journal of World History, Journal of the American Musicological Society, and Opera Quarterly, focuses on two separate topics that occasionally converge: the relationship between music and national identity in European history, and Europe's historical and contemporary relationship with the black diaspora.

She is a recipient of many awards and fellowships, including a Fulbright Fellowship to Germany, the Berlin Prize from the American Academy of Berlin (Fall 2017), and an Andrew W. Mellon Foundation Fellowship for Assistant Professors at the Institute for Advanced Study in Princeton (2019-2020). Her article, “Black Venus, White Bayreuth: Race, Sexuality, and the De-Politicization of Wagner in Postwar West Germany” won the German Studies Association’s prize for best paper by a graduate student in 2011 and the DAAD prize for best article on German history in 2014. She is currently finishing her first book, which is called Singing Like Germans: Black Musicians in the Land of Bach, Beethoven and Brahms.

Her most recent publications include "Performing Lieder, Hearing Race: Debating Blackness, Whiteness, and German Identity in Interwar Central Europe" in the Journal of the American Musicological Society (Fall 2019), and "How Jessye Norman Broke Opera's Rules for Black Women" in Frieze Magazine (Fall 2019).