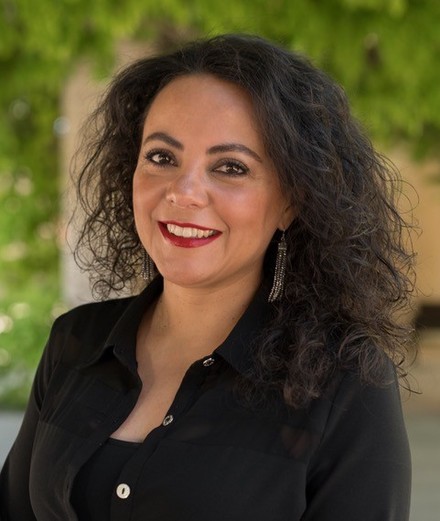 The Center for Ethnomusicology at Columbia University Presents a Talk by:

Description: Since 2010, Albuquerque has been the site for the feminist music festival Gatas y Vatas, a platform for cis and trans women, genderqueer, and non-binary performers. Drawing from ethnographic work, in this presentation I explore the ways in which performers from the Gatas y Vatas network embrace a decolonial intersectional position to create counter-hegemonic strategies to disrupt racial, class, and gender normativities. In light of the results of the 2016 election, the 2017 iteration of the festival was centered on the concept of “protest,” and more than forty-five visual artists and performers from the US Southwest and beyond responded to the call. While rooted in a gendered activism, the network challenges the geographic limits imposed by colonization through embracing a level of identification with Hispanic and Indigenous women across the US-Mexico border. I argue that their performances challenge the power dynamics at the border by exposing flows of discriminatory violence across the two nation states. During the presentation I will discuss several sets performed at Gatas y Vatas in the last years, with particular attention to the 2017 festival iteration. While highly personal, the sets reflect the network’s decolonizing efforts to counteract the escalated levels of racism, sexism, and classism of the current US political climate, as felt at the local level. More than a music festival, Gatas y Vatas has become a space for revolutionary social activism and a site for community healing, resiliency, and hope.
Speaker Biography: Ana Alonso Minutti was born and raised in Puebla, México, where she graduated from the Universidad de las Américas. She migrated to the U.S. to pursue graduate studies at the University of California, Davis, where she obtained M.A. and Ph.D. degrees in musicology. Her scholarship focuses on music traditions from Mexico and the US-Mexico border, experimental and avant-garde expressions, intersectionality, religion, and decolonial methodologies. She has presented her work throughout the Americas and Europe, and has published in Argentina, Mexico, and the U.S. Recently, she coedited the volume Experimentalisms in Practice: Music Perspectives from Latin America (Oxford University Press, 2018), and her book Mario Lavista and Musical Cosmopolitanism in Mexico is under contract by Oxford University Press.

As an extension of her written scholarship, she directed and produced the video documentary Cubos y permutaciones: plástica, música y poesía de vanguardia en México,which was exhibited at the Museo Universitario de Arte Contemporáneo (MUAC) in Mexico City in 2017. Apart from her scholarly work, she has engaged in various composition projects, particularly for vocal ensembles. Her latest piece, Voces del desierto, is to be performed in the multidisciplinary arts project Migrant Songs at Albuquerque’s National Hispanic Cultural Center on March 2019.
Currently, she is associate professor of music, a faculty affiliate of the Latin American and Iberian Institute, and research associate of the Southwest Hispanic Research Institute at the University of New Mexico.