Thomas Brothers, "The Beatles, Duke Ellington, and the Magic of Collaboration" 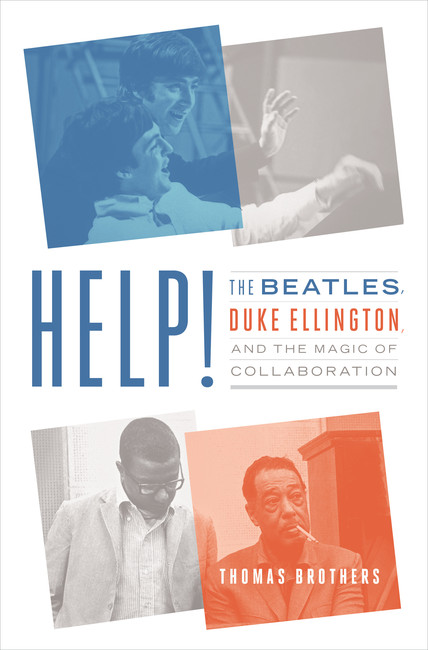 On Friday, November 9th at 4:00PM, Thomas Brothers will present the talk, "The Beatles, Duke Ellington, and the Magic of Collaboration," in conjunction with the Historical Musicology and Theory Colloquium Series.

In his new book, musicologist Thomas Brothers argues that The Beatles and Duke Ellington’s Orchestra stand as the two greatest collaborations in music history. His presentation will explain the images each group cultivated, their creative methods, and the impressive results. Confusion about how they worked together is widespread. Ellington exaggerated his own role, keeping co-authors out of sight and off the phonograph labels. The standard view is that Ellington was savvy about building compositions around the strengths of his soloists. Nevertheless, his greatest pieces were created very differently, with the best material typically coming from others. Ellington’s greatest talent was his ability to manage a highly flexible set of collaborative methods. The Beatles, on the other hand, embraced a communal image. Confusion surfaced after the breakup, the source being Lennon’s misrepresentation of his own role and downplay of collaboration. Yet McCartney’s musical leadership was pervasive from start to finish. Harrison’s turn to India shaped the crowning phase of the band’s career and confirmed their status as the musicians who defined the sixties. Like Ellington, these composer-performers worked together to explore a range of expression that their rivals had no chance of keeping up with.

Thomas Brothers is a musicologist at Duke University who has taught jazz, rock and African-American music for thirty years.  His publications include two previous books for W.W. Norton, Louis Armstrong Master of Modernism (2014: finalist for the Pulitzer Prize in biography) and Louis Armstrong’s New Orleans (2006). He also publishes research in late medieval music.