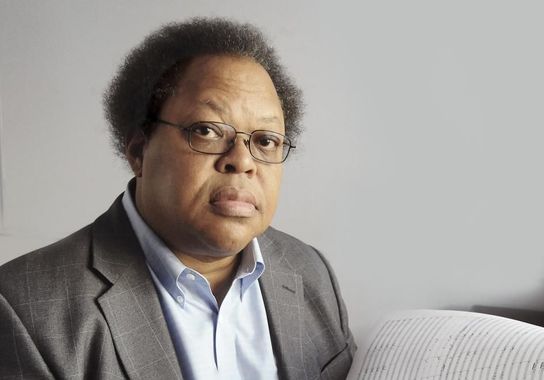 At the Annual Meeting of the American Musicological Society in Vancouver four Columbia Department of Music faculty received the following honors during the Business Meeting on November 5, 2016:

George Lewis (Case Professor of American Music) was elected Honorary Member of the AMS. This is the most prestigious form of recognition for a musicologist in North America, recognizing lifetime achievement in the field. Honorary members of the AMS are those scholars “who have made outstanding contributions to furthering its stated object and whom the Society wishes to honor.”

Walter Frisch (H. Harold Gumm/Harry and Albert von Tilzer Professor of Music) won the Society's inaugural Roland Jackson Award, recognizing the best article on music analysis published by a musicologist in the previous year, for  “Arlen's Tapeworms: The Tunes That Got Away,” The Musical Quarterly 98/1–2 (2015), 139–170.

Susan Boynton (Professor of Music and Department Chair) won the Society's Ruth A. Solie Award, for the most outstanding collection of essays published in the previous year, for Resounding Images: Medieval Intersections of Art, Music, and Sound, Studies in the Visual Cultures of the Middle Ages 9 (Brepols), which she coedited with Diane J. Reilly (Indiana University).

Julia Doe (Assistant Professor of Music) won the Society's Alfred Einstein Award for a musicological article of exceptional merit, published during the previous year in any language and in any country by a scholar in the early stages of his or her career who is a member of the AMS or a citizen or permanent resident of Canada or the United States. Her winning article is "Opéra-comique on the Eve of Revolution: Dalayrac’s Sargines and the Development of ‘Heroic’ Comedy," Journal of the American Musicological Society 68 (2015), 317-74.