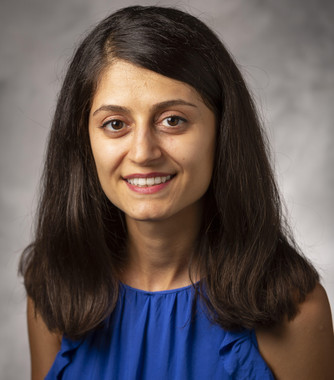 The Columbia University Department of Music is delighted to announce that Dr. Knar Abrahamyan will be joining our department as Assistant Professor in Music Theory and Race in 2023.

Knar Abrahamyan (Ph.D., Music Theory, Yale University) is a music scholar whose work examines the historical and political entanglements of cultural production. Her book project, Opera as Statecraft in Soviet Armenia and Kazakhstan, re-envisions Soviet music history by analyzing the power dynamics between the state and its ethnic and racial Others. It explores opera as a contested imperial space through which the Soviet state pursued colonial subjugation under the guise of cultural modernization. Abrahamyan has presented at major national and international conferences, and her work on Soviet music and politics appeared in the DSCH Journal and a collected volume, Analytical Approaches to 20th-Century Russian Music.

Alongside research and teaching, Abrahamyan pursues mentorship, service, and outreach aimed at global issues such as equity in education and climate change. With grants from the Tufenkian Foundation and Yale’s Tsai Center for Innovative Thinking, she founded and directed the Hadrut Educational Summer Camp in her native Nagorno-Karabakh region. In addition, through serving on various committees—including SMT’s Sustainability Task Force and the Ecomusicologies 2022 pre-conference panel—she helps solve environmental problems such as reducing the carbon footprint of conference travel.

Within her broad research interests—including posthumanism, sound studies, Slavic studies, environmental humanities, and intellectual history—Abrahamyan’s scholarly explorations continuously reassess the role of the Other, thinking about and through difference. It is through this act of reassessment that her work promotes humanistic inquiry as the key to averting hostility and violence between seemingly irreconcilable worldviews. Before joining the Music Department as Assistant Professor in the fall of 2023, Abrahamyan will join Columbia’s Society of Fellows as a postdoctoral fellow during the 2022–2023 academic year.