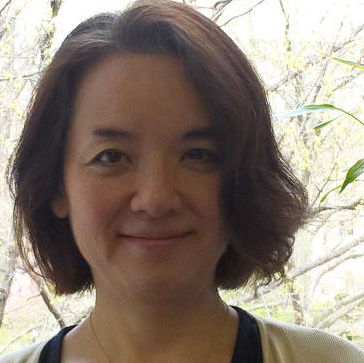 Professor Ellie Hisama has been named the 2017 speaker in the Robert Samels Visiting Scholar Program, Jacobs School of Music, Indiana University.  She will give a music theory colloquium,  a Five Friends lecture honoring Robert Samels, a workshop on diversity and inclusion in teaching music theory, and will meet with students and faculty during her three-day residency.
The Five Friends Master Class Series honoring the lives of five talented Jacobs School of Music students—Chris Carducci, Garth Eppley, Georgina Joshi, Zachary Novak, and Robert Samels—was established in 2012 with a gift of $1 million from the Georgina Joshi Foundation, Inc. This annual series of lectures, master classes, and residencies by a number of the world’s leading musicians and teachers focuses on areas of interest most relevant to the lives of the five friends—voice performance, choral conducting, early music, music theory, composition, and opera. The Georgina Joshi Foundation was established in 2007 as the vision of Georgina Joshi’s mother, Louise Addicott-Joshi, to provide educational and career development opportunities for young musicians and to encourage and support public performance of music. The gift to the school establishes a permanent way for the world to learn about each of the five friends, their musical talents and passions, and to encourage the development of similar talents and passions in current and future music students. The establishment of this endowment by the families is administered by the IU Foundation.

Bass-baritone and composer Robert Samels was born on June 2, 1981, and died in a plane crash on April 20, 2006. He was a doctoral student in choral conducting at the Indiana University Jacobs School of Music and had studied voice with Giorgio Tozzi and Costanza Cuccaro. He began his vocal studies with Alfred Anderson at the University of Akron and Andreas Poulimenos at Bowling Green State University.
Samels was an associate instructor in the Jacobs School’s Music Theory Department, where he was loved and admired by his students.
For more information about the residency, please visit the Jacobs School of Music website.