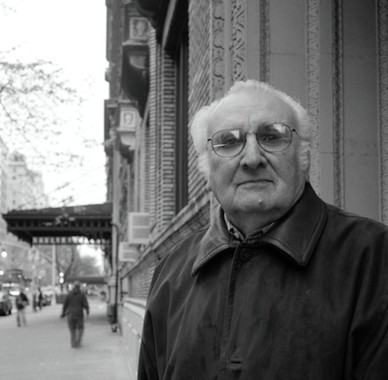 The faculty of the Department of Music offers its deepest condolences on the passing of the renowned composer Mario Davidovsky (Argentina, March 4, 1934-August 23, 2019). Professor Davidovsky, who taught at Columbia from 1981 to 1993 as the Edward MacDowell Professor of Composition, is remembered as an extraordinary teacher and colleague, as well as a dynamic composer whose many works continue to exercise wide influence on succeeding generations. A former director of the Columbia-Princeton Electronic Music Center (now the Computer Music Center) at Columbia, Professor Davidovsky received the Pulitzer Prize in 1971 for Synchronism No. 6 for piano and tape, one of his highly influential Synchronism series of works combining live instrumental performances with pre-recorded electronic sounds.  A member of the American Academy of Arts and Sciences, the American Academy of Arts and Letters, and the Academia Nacional de Bellas Artes (Argentina), his works for both acoustic and electronic formations have been recorded by Columbia Records, CRI, New World Records, Wergo, Nonesuch, Finnadar, Turnabout, Bridge Records, DDG, and Albany Records. He was also the recipient of numerous awards and commissions, including two Guggenheim Fellowships, a Koussevitsky Fellowship, and two Rockefeller Fellowships.  His works are published by Edition Peters, and are performed worldwide.

Those fortunate to have known Mario Davidovsky remember a bright and vibrant personality, full of creative energy.  His enthusiasm for music influenced several generations of composition students, who included some of the brightest stars now working as new-music composers, and his passion for excellence helped build the music composition program at Columbia into the premier locus for music composition and music technology studies that it is today. Davidovsky's vision played a fundamental role in shaping the world of contemporary music.

Mario Davidovsky’s series of Synchronisms were among the first and most important artistic products of Columbia’s Electronic Music Center. Their intricate combination of electronic sounds and instrumental writing, each influencing the other, was realized with rhythmic and coloristic brilliance, and their wide influence is justly celebrated. Yet Mario himself thought that many of his purely instrumental chamber works were superior. He may have been right even if the path-breaking Synchronisms remain his most iconic achievements.

Mario made a lasting mark at Columbia, first by his long association with the Electronic Music Center and then, from 1981 to 1993, in his role as MacDowell Professor of Composition. During this period he was the guiding spirit of new music at Columbia. He was a wonderfully gifted musician both steeped in the classics and determined to forge new territory. He had a big, ebullient personality and did not hesitate to express strong views. He stood for high modernism and against minimalism and neo-Romanticism. Yet as much as he admired Babbitt and Carter, his own music is not systematic but spontaneous, mercurial, and sensuous; it has an almost improvisational quality, distilled into essential gestures.

Mario loved to teach composition. He conversed with his students in long unstoppable paragraphs delivered forte e presto, and he had a wild sense of humor. He demanded much and cared deeply for them.  But for all his accomplishments as a teacher and mentor, his most permanent legacy will be his amazing music.