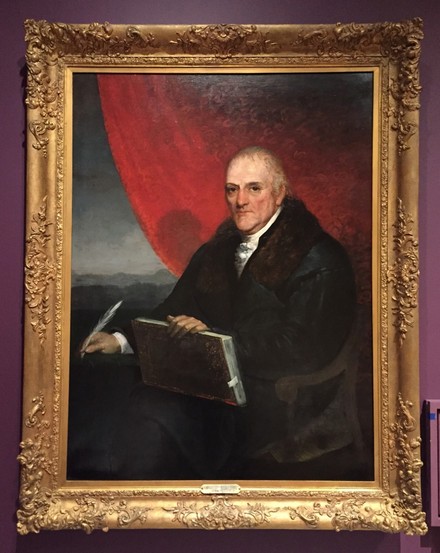 On Friday, April 27 at 3:15PM, Magnus Tessing Schneider will present a talk, "Lorenzo da Ponte as Dramatic Poet," in conjunction with the Historical Musicology and Theory Colloquium Series.

Apart from being the first professor in Italian at Columbia University, Lorenzo Da Ponte (1749-1838) is of course best known as the librettist of Mozart’s three great comic operas: Le nozze di Figaro (1786), Don Giovanni (1787) and Così fan tutte (1790). In recent decades, scholars have finally begun to acknowledge the depth and originality of his dramatic writing, but his librettos for other composers than Mozart have only received limited attention so far. In this presentation it will be shown how Da Ponte, in the twenty comic librettos he wrote for ten different composers between 1784 and 1796, not only reinvented the genre of the opera libretto but also returned consistently to certain dramatic themes that must be deemed central to his philosophical outlook. On the one hand, he chose dramatic subjects that he felt suited the artistic personalities of the composers. On the other hand, the progressive views of sexuality and women’s status in society to which the three Mozart-Da Ponte operas bear witness were the poet’s rather than the composer’s, as a comparison with Da Ponte’s other librettos makes clear. Ultimately, situating Da Ponte’s works in the broader context of the late Enlightenment will allow us to see the three Mozart operas in a new light.

Magnus Tessing Schneider is currently a Fellow of the Italian Academy for Advanced Studies at Columbia University. A theatre scholar, Schneider specializes in the dramaturgy and performance practices of Italian seventeenth- and eighteenth-century opera. From 2013 to 2017, he was a full-time research fellow within the large-scale project Performing Premodernity (Stockholm University), which brought together academic and artistic researchers, exploring relations between aesthetics, dramaturgy, and performance practices in eighteenth-century theatre and opera. He is a specialist of the librettists Giovan Francesco Busenello, Ranieri Calzabigi, and Lorenzo Da Ponte and studies their well-known and lesser-known works from a perspective that involves poetic, dramaturgical and musical analysis, musical and scenic performance practices, performance and reception history, and intellectual history. He received his PhD from Aarhus University in 2009 for a thesis on the original production of Mozart’s Don Giovanni and has published on the operas of Monteverdi, Gluck, Mozart, Paisiello, and Verdi. He has also published on Shakespeare and has taught dramaturgy and theatre historiography at the University of Copenhagen. In addition to working as a researcher, he was a cofounder of the Nordic Network for Early Opera and directed three operas in Copenhagen: Monteverdi’s Orfeo and L’incoronazione di Poppea, and Cavalli’s Gli amori d’Apollo e di Dafne.