Brahms and His World 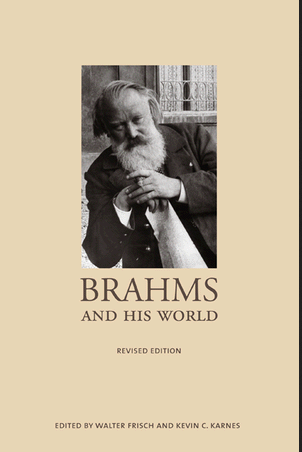 Unlike some recent volumes on Brahms, which have served mainly to bring together miscellaneous papers read at conferences, this collection seeks to locate the composer more directly in the context of his personal, professional, and musical environment.

Part II presents commentary on Brahms's music culled from some of the most important critics of the nineteenth and early twentieth centuries. Most of this material has never appeared in English before. Included are excerpts from the earliest published survey of Brahms's works, written in 1862 by Adolf Schubring; reviews by the powerful Viennese critic Eduard Hanslick; analyses of the symphonies by Hermann Kretschmar; and an analysis of Joseph Joachim's Hungarian Concerto by Donald F. Tovey.

Part III offers substantial portions from memoirs about Brahms written by contemporaries who in themselves were leading musical figures. These excerpts, most translated into English for the first time, are taken from Hanslick and from the composers Alexander Zemlinsky, Karl Weigl, and Gustav Jenner, the latter being Brahms's only private pupil in composition.

An appendix provides a list of all known musical works dedicated to Brahms.

Brahms and His World should prove a valuable reader or source book for anyone interested in the composer.