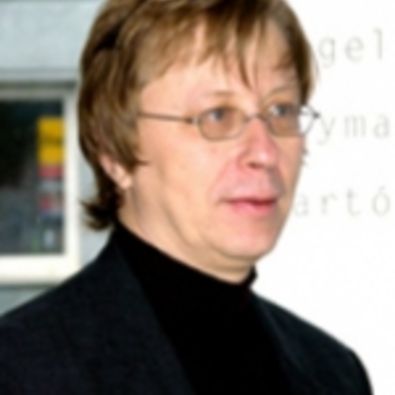 Georg Friedrich Haas joined Columbia University’s composition faculty as a full-time tenured professor in September 2013. This appointment promises to sustain and enhance our composition program’s reputation as one of the strongest, most progressive, and most international such programs in the United States.

Haas has emerged as one of the major European composers of his generation. His music synthesizes in a highly original way the Austrian tradition of grand orchestral statement with forward-looking interests in harmonic color and microtonal tuning that stem from both French spectralism and a strand of American experimentalism. The result is an exploratory, uncompromising music that is also sensuously attractive. His music appeals to unusually diverse constituencies, from avant-garde composers for its microtonal investigations to casual listeners for its spacious forms and euphonious harmony.

Haas’s hour-long in vain, for 24 musicians, is widely regarded as one of the most original and path-breaking new compositions in the past quarter century. Another important work is limited approximations, for orchestra and 6 microtuned pianos. He has composed several operas and concertos and a variety of chamber works, including seven string quartets. He has received numerous national and international prizes, including the Kompositionspreis of the SWR Symphony Orchestra (2010) for limited approximations and the Grand Austrian State Prize for Music (2007), the country’s highest artistic honor.

Professor Haas comes to Columbia after having held dual professorships at the Hochschle für Musik in Basel, Switzerland, and the Kunstuniversität in Graz, Austria.