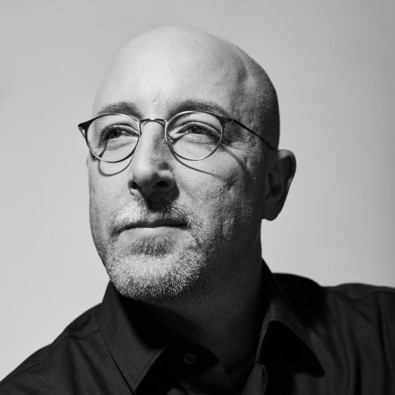 American conductor Jeffrey Milarsky is highly acclaimed worldwide for his impeccable musicianship, exhilarating presence and innovative programming.  His wide ranging repertoire, which spans from Bach to Xenakis, has brought him to lead such accomplished groups as the American Composers Orchestra, MET Chamber Ensemble, The Los Angeles Philharmonic, The Milwaukee Symphony, Chamber Music Society of Lincoln Center, New York New Music Ensemble, Manhattan Sinfonietta, Speculum Musicae, Cygnus Ensemble, Fromm Players at Harvard University, and the New York Philharmonic chamber music series. In the United States and abroad, he has premiered and recorded works by groundbreaking contemporary composers, including Charles Wuorinen, Fred Lerdahl, Milton Babbitt, Elliott Carter, Gerard Grisey, Jonathan Dawe, Tristan Murail, Ralph Shapey, Luigi Nono, Mario Davidovsky and Wolfgang Rihm.
Mr. Milarsky is Senior Lecturer in Music at Columbia University, where he is the Music Director and Conductor of the Columbia University Orchestra.  Also at Columbia University, Mr. Milarsky is the Music Director and Conductor of the Manhattan Sinfonietta, which focuses on 20th and 21st century scores.  This ensemble has been recognized as one of the United States' finest instrumental groups, and performs, tours, and records throughout the United States and abroad.  In addition he is on the faculty of The Manhattan School of Music as Artistic Director and Conductor of the Percussion Ensemble as well as the Music Director of AXIOM, The Juilliard School's critically acclaimed contemporary music ensemble.  In September of 2008 he was named to the conducting faculty of the Juilliard School.

Mr. Milarsky made his debut at the New York City Opera during the 2008-09 season.  In the summer of 2008 Mr. Milarsky was called to Tanglewood to substitute for Maestro James Levine in an all Elliott Carter program in honor of his 100th birthday.  In May of 2006 Mr. Milarsky substituted for James Levine at Carnegie Hall, conducting an all Milton Babbitt concert of his chamber music.  In August of 2004, he made his debut with the Bergen Philharmonic Orchestra in Norway, conducting Ravel and Liebermann.  In the fall of 2007, he led the NY Premiere of Elliott Carter's only opera What Next? to sold out performances and critical acclaim.  Autumn and Spring 2010 and 2011 will also see conducting dates in Los Angeles, Norway, Italy, and Paris.  Mr. Milarsky appears regularly at Carnegie Hall with the American Composers Orchestra.  He also has recently performed at IRCAM in Paris, conducting and recording compositions by Joshua Fineberg and Tristan Murail.

Mr. Milarsky made his Parisian debut, conducting the BIT20 Ensemble at the Olivier Messiaen Hall at Radio France, in a performance of the prize-winning score of Lasse Thoresen's Lop, Lokk Og Linjar.  Mr. Milarsky is the regular guest conductor of The BIT20 Ensemble, having performed with them around the globe, including Paris, Estonia, Latvia, Norway and Italy.  Other recent highlights include conducting the Cygnus Ensemble in the world premiere of Milton Babbitt's Swansong, conducting the world premiere and recording Mario Davidovsky's Flashbacks, and several area premieres of the music of Gerard Grisey: Les Espaces Acoustiques (New York premiere) for Columbia University's "Music for a New Century" series and Quatre chants pour franchir le seuil (US Premiere) with Speculum Musicae. With the Ensemble Sospeso, he has conducted three United States premieres by Wolfgang Rihm, and two by Tristan Murail. A much-in-demand timpanist and percussionist, Mr. Milarsky has performed and recorded with the New York Philharmonic, The Philadelphia Orchestra, The Pittsburgh Symphony, amongst other ensembles.  In addition, Mr. Milarsky was named the Principal Timpanist for the Santa Fe Opera beginning in the summer of 2005. As an active chamber and orchestral musician, Mr. Milarsky performs and records regularly with The New York Philharmonic, The Chamber Music Society of Lincoln Center, The American Composers Orchestra, The Stamford Symphony and Concordia.  He has recorded extensively for Angel, Bridge, Teldec, Telarc, New World, CRI, MusicMasters, EMI, Koch, and London records.

Milarsky received his Bachelor and Master of Music degrees from The Juilliard School.  Upon graduation, he was awarded the Peter Mennin Prize for outstanding leadership and achievement in the arts.  He regularly conducts The Juilliard Orchestra, with whom he has premiered over 150 works of Juilliard student composers over the past fifteen years.