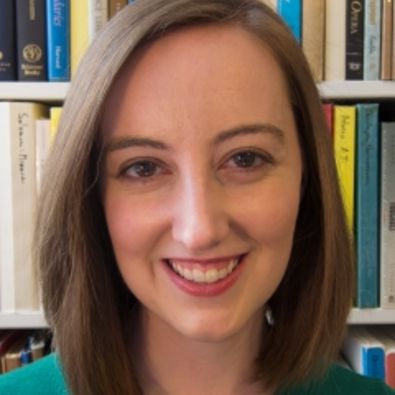 Julia Doe received a Ph.D. in musicology from Yale University in 2013. She is a scholar of eighteenth-century opera, with particular emphasis on the music, literature, and politics of the French Enlightenment. Her first book, The Comedians of the King (University of Chicago Press, 2021), traces the impact of Bourbon patronage on the development of opéra comique in the final decades of the Old Regime. This monograph interrogates how comic theater was exploited in (and worked against) the construction of the monarchy’s carefully cultivated public image—examining the aesthetic, institutional, and political tensions that arose when a genre with popular roots was folded into the courtly propaganda machine.

Prof. Doe is currently at work on two new projects—concerning, respectively, the historiography of women’s musical labor in eighteenth-century France, and the Atlantic underpinnings of the French theater industry. Essays and reviews have appeared or are forthcoming in the Journal of the American Musicological Society, Studies in Eighteenth-Century Culture, Eighteenth-Century Music, Music & Letters, Current Musicology, Renaissance Quarterly, and in the edited collection Histoire de l’opéra français. Prof. Doe is the recipient of the Alfred Einstein and M. Elizabeth C. Bartlet awards from the AMS, as well as grants from the National Endowment for the Humanities, the Fulbright Program, the National Opera Association, and the Beinecke Rare Book and Manuscript Library. Before beginning her tenure-track appointment at Columbia, she served in the music department as a Mellon Postdoctoral Research Fellow.

In addition to her scholarly work, Prof. Doe is keenly interested in public engagement with music of the Enlightenment period; she has assisted with educational events for Columbia’s Maison Française and the Washington, DC-based Opera Lafayette, among other groups. She currently serves as a Director-at-Large on the board of the Society for Eighteenth-Century Music.

The Comedians of the King: Opéra-Comique and the Bourbon Monarchy on the Eve of Revolution
March, 2021 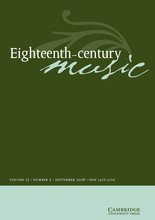 Two Hunters, a Milkmaid and the French ‘Revolutionary’ Canon
September, 2018