Historical Musicology
Professor, Department of Philosophy
Faculty In Other Departments 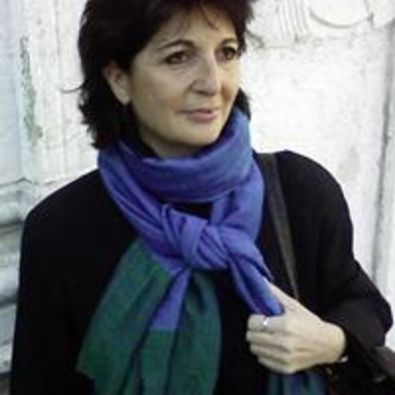 Lydia Goehr is Professor of Philosophy at Columbia University. In 2009/2010 she received a Lenfest Distinguished Columbia Faculty Award, in 2007/8 The Graduate Student Advisory Council (GSAC)'s Faculty Mentoring Award (FMA), and in 2005, a Columbia University Presidential Award for Outstanding Teaching. She is a recipient of Mellon, Getty, and Guggenheim Fellowships, and in 1997 was the Visiting Ernest Bloch Professor in the Music Department at U. California, Berkeley, where she gave a series of lectures on Richard Wagner. She has been a Trustee of the American Society for Aesthetics and is a member of the New York Institute of the Humanities.  In 2012, she was awarded the H. Colin Slim Award by the American Musicological Society for an article on Wagner's Die Meistersinger.

In 2002-3, she was the visiting Aby Warburg Professor in Hamburg and a fellow at the Wissenschaftskollegzu Berlin. In 2005-6, she delivered the Royal Holloway-British Library Lectures in Musicology in London and the Wort Lectures at Cambridge University. In 2008, she was a Visiting Professor at the FreieUniversität, Berlin (Cluster: "The Language of Emotions") and in 2009, a visiting professor in the FU-Berlin SFB Theater und Fest.

Lydia Goehr is the author of The Imaginary Museum of Musical Works: An Essay in the Philosophy of Music (1992; second edition with a new essay, 2007, with translations in Greek and Chinese); The Quest for Voice: Music, Politics, and the Limits of Philosophy [essays on Richard Wagner] (1998); Elective Affinities: Musical Essays on the History of Aesthetic Theory [essays on Adorno and Danto] (2008), and co-editor with Daniel Herwitz of The Don Giovanni Moment. Essays on the legacy of an Opera (2006). Her forthcoming book from Oxford University Press is Red Sea-Red Square-Red Thread. A Philosophical Detective Story. And she is co-editor with Jonathan Gilmore of forthcoming Blackwell's A Companion to Arthur C. Danto.  She has written many articles on the work of Theodor W. Adorno, Maurice Merleau-Ponty, and Arthur Danto. She offers courses in the history of aesthetic theory, the contemporary philosophy of the arts, critical theory, and the philosophy of history. Her research interests are in German aesthetic theory and in particular in the relationship between philosophy, politics, history, and music. With Gregg Horowitz, she is series editor of Columbia Themes in Philosophy, Social Criticism, and the Arts, Columbia University Press.

Professor Goehr leads the Faculty-Students Aesthetics Group which meets weekly during the semester and welcomes students and faculty from many disciplines, from Columbia and the New York area.

See also Prof. Goehr's primary faculty listing on the website of the Department of Philosophy.