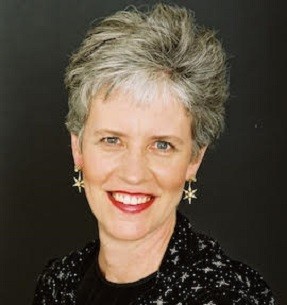 Marilyn L. McCoy is Adjunct Assistant Professor of Music at Columbia University (2009-present) and Barnard College (2017-present). She has also taught at Clark University, New England Conservatory of Music, Boston University, Brandeis University, and MIT. She completed her doctorate at the University of Chicago with a dissertation entitled "Gustav Mahler's Path to the New Music: Musical Time and Modernism." Drawing upon evidence found through study of Mahler’s compositional sketches and musical analysis, her research explores the ways in which Mahler evokes a sense of timelessness in his music, a compositional strategy that plays out in various ways across his entire creative oeuvre.

Professor McCoy is much in demand as a concert and scholarly lecturer. Recent engagements in 2018-19 in New York include pre-concert lectures at Carnegie Hall and the Brooklyn Art Song Society; presentations for the symposium “Leonard Bernstein and Vienna: A Centennial Discussion” at the Remarque Institute of New York University; “The Mahler Question: The Moving Sounds Festival” by Argento New Music Project; and the 2018 “Mahler Listening Marathon” sponsored by the New York Philharmonic Orchestra and the New York Public Library for the Performing Arts at Lincoln Center. Her podcast, with Aaron Cohen of New York Public Radio, “Embracing Everything: The Symphonies of Gustav Mahler,” debuts in 2019-2020. She is especially proud of her long association with the MahlerFest in Boulder, Colorado, where she served as annual pre-concert lecturer and symposium participant from 2002-2016. In February 2012 she gave several lectures at Disney Hall as part of the Los Angeles Philharmonic’s “Mahler Project,” led by Maestro Gustavo Dudamel. Other speaking engagements include the Mostly Mozart Festival at Lincoln Center, the Bard Festivals “Berg and His World” (2010) and “Mahler and His World” (2002), and the Boston Symphony Orchestra (2007-09).

Though primarily a Mahler specialist, Professor McCoy was Assistant Archivist at the Arnold Schoenberg Institute in Los Angeles for the last three years of its existence (1995-98). Her familiarity with Schoenberg’s correspondence resulted in her forthcoming publication, with Elizabeth L. Keathley, of Schoenberg’s Correspondence With Alma Mahler by Oxford University Press in Fall 2019. This volume, an annotated translation of the correspondence between Alma Mahler and Arnold Schoenberg, is part of the nine-volume Schoenberg in Words project, edited by Severine Neff and Sabine Feisst.