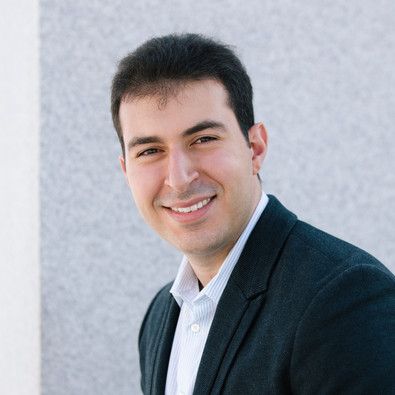 Saad Haddad (b. 1992) is a composer of orchestral, chamber, vocal, and electroacoustic music who achieves a “remarkable fusion of idioms” (New York Times), most notably in his work exploring the disparate qualities inherent in Western art music and Middle Eastern musical tradition. His music delves into that relationship by transferring the performance techniques of traditional Arabic instruments to Western symphonic instruments, while extending their capabilities through the advancement of technology. The 2017–18 season features the premiere of Haddad's first major string quartet for the Lydian String Quartet, the premiere of a large orchestral work co-commissioned by the Columbus and Princeton Symphony Orchestras, and a performance of Takht by the Minnesota Orchestra, among others. Recent distinctions include the Charles Ives Fellowship from the American Academy of Arts and Letters, the Barlow Endowment General Commission, the S&R Foundation Washington Award Grand Prize, the Jerome Fund for New Music grant from the American Composers Forum, the Palmer Dixon Award from the Juilliard School, the Aaron Copland Residency Award, and multiple awards from ASCAP, BMI, and the Vancouver Chamber Choir. His orchestral works have been performed by the Los Angeles Philharmonic, Minnesota Orchestra, American Composers Orchestra, Kaleidoscope Chamber Orchestra, and the symphony orchestras of Albany, Columbus, Milwaukee, New Jersey, Princeton, and Sioux City. His music is published exclusively by Dib Press.