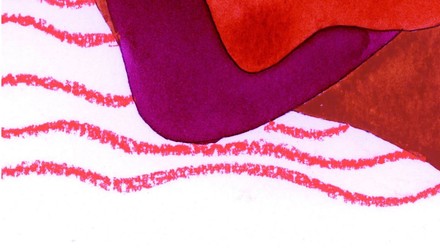 Ellen Arkbro (b. 1990) is a Stockholm-based composer and sound-artist working with intervallic harmony in just intonation. She has studied under the tutelage of La Monte Young and Marian Zazeela. Her work includes long duration compositions as well as continuous sound environments, employing both acoustic traditional instruments as well as algorithmic sound synthesis. In 2017, Arkbro released for organ and brass on Subtext Recordings, a set of recordings of her compositions for renaissance organ, horn, trombone and microtonal tuba. Ellen will be playing her new piece for pipe organ and electronics.
https://www.thewire.co.uk/audio/tracks/listen-to-composer-ellen-arkbro-forthcoming-release-on-subtext

Vocalist, multi-instrumentalist and sonic visionary Angel Deradoorian has never shied away from testing aural and conceptual boundaries in her work. On her last album, The Expanding Flower Planet, Deradoorian led listeners through a kaleidoscopic journey that explored new rhythmic ideas culled from ancient traditions. Yet her latest album, the entrancing and seismic Eternal Recurrence, is unlike anything she’s ever recorded. The stark album, which predominantly features Deradoorian’s riveting vocals co-mingling with a handful of instruments, is a testament to an artist who found new depths both within herself and in her process through allowing herself to be driven entirely by instinct.
https://www.stereogum.com/1964508/deradoorian-nia-in-the-dark/premiere/

Qasim Naqvi is a drummer, composer, and member of the group Dawn of Midi. When he is not touring with DOM, he composes music for film, dance, theater and chamber ensembles domestically and abroad. Qasim's soundtracks and arrangements for film have appeared on HBO, NBC, PBS, The Sundance Channel, The New York Times, The Tribeca Film Festival, The Academy Awards, The Sundance Film Festival, The Toronto Film Festival, dOCUMENTA 13 and 14, The Guggenheim Museum, Vice TV, The Human Rights Watch Film Festival, IDFA and others. His concert works have been performed by the yMusic Ensemble, The Now Ensemble, The Loos Ensemble, The New Century Players, The Contemporary Music Ensemble of NYU, The Crash Ensemble, The Stargaze Ensemble, The Helsinki Chamber Choir, The Chicago Symphony Orchestra's MusicNOW Season, The Bienen Contemporary/Early Vocal Ensemble, TEN PEN CHii, Nimbus Dance Works and others. He is a 2016 N.Y.F.A Fellow in Music and Sound and has received other fellowships and awards from Chamber Music America, Harvest Works, The Lower Manhattan Cultural Council, S.T.E.I.M. and Art OMI. Presently, Qasim writes chamber and electronic music in Brooklyn, New York and works on a variety of projects as a freelance composer and drummer. He is represented by Erased Tapes Publishing.
https://pitchfork.com/reviews/albums/qasim-naqvi-film/

Yingjia (Lemon) Guo is a singer, composer and sound artist from China. With a background in Chinese folk music, Lemon graduated from the University of Virginia in 2015 with a distinguished major in music composition (BA), and is currently a second year MFA student in Sound Arts at Columbia University. Her recent work often creates intimate yet distant listening situations for evocative and subtle vocal performances. ​ In these situations of entanglement, the performers and the viewers are trapped as one, between comfort and anxiety. The work often explores subjects that she is deeply conflicted with, such as the smog pollution and the replaces identities of Chinese folk music. Perhaps the failure to find a solution or even form an opinion about these issues has unconsciously tempted her to lure other people into the same affliction. The process usually starts with an idea, and evolves around voices, technology, and visual elements, towards a sense of beauty that feels human.
https://soundcloud.com/lemon-guo