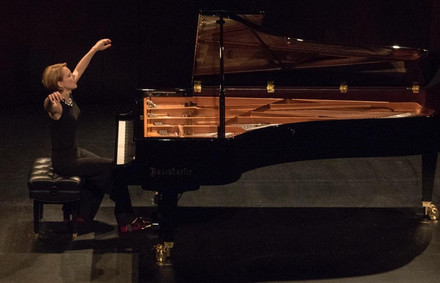 Music by R. A. Arjomand, Bach, Chopin, Debussy, and Schumann

Polish-American pianist and harpsichordist Magdalena Baczewska has enjoyed a multifaceted career as concertizer, educator, recording artist, producer, and administrator. Director of the Music Performance Program and Lecturer in Music at Columbia,Baczewska has been acclaimed as a “world-class” musician (The American Record Guide), lauded as “eloquent and technically flawless” (The Washington Post) and “highly sophisticated and truly admirable” (The Weekend, New York) in her “taste and admirable sensitivity” (Palm Beach Arts Paper).

Free and open to the public; reservations not required.

This event is at the Italian Academy, 1161 Amsterdam Ave.