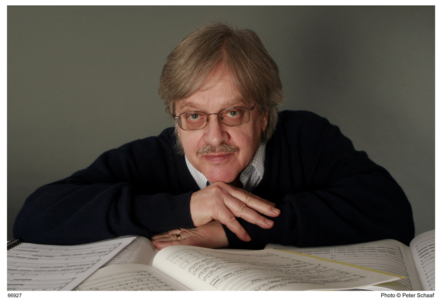 In celebration of Fred Lerdahl's 80th birthday, the Daedalus Quartet will give the first New York performance of Lerdahl's string quartet cycle- three interwoven quartets lasting approximately 70 minutes, Lerdahl's most extended compositional span. The three quartets, composed over a thirty year period (1978-2008, then undergoing two years of revision), evolve as variants of each other, and are meant to be heard in sequence. The first quartet takes the form of 15 expanding variations, the second quartet continues the expansion with two more variations, and the third quartet constitutes a single last variant. The Daedalus Quartet was the dedicatee of the third quartet, and has recorded the cycle, performing it for more than a decade.

Writing of the quartets, David Starobin commented that "the quartets inhabit a volatile world of music-making, dreamy melancholy, impassioned, with intense climaxes, and sudden reminiscences. The music is heroic in the demands it makes upon its performers." Of the Daedalus's Boston premiere of Lerdahl's cycle Boston Classical Review critic Aaron Keebaugh wrote: "Like a well-oiled machine, the Daedalus Quartet brilliantly executed the technical complexities within Lerdahl's scores." Guy Rickards, writing in Gramophone stated that "The music of Fred Lerdahl may just be one of America's great secret treasures."

Presented by APNM (Association for the Promotion of New Music)