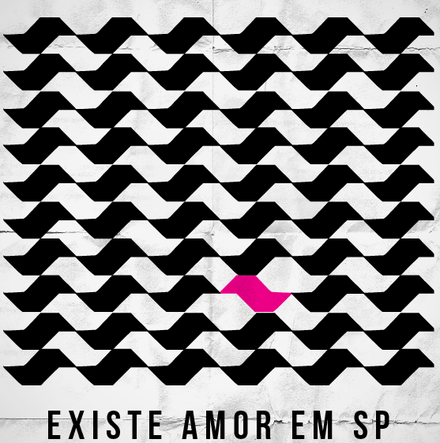 "We Demand Love:" Musical Affects, Urban Mobility, and Political Expediency in São Paulo, Brazil.
Thursday October 11, 2018
12 Noon to 1:30PM (lunch to be served)
701C Dodge Hall (The Center for Ethnomusicology)
Free and Open to the Public

In 2011, a minimalist ballad called "Love Doesn’t Exist in São Paulo" became a major hit in São Paulo, Brazil. Written by an underground rapper, Criolo, whose work usually refers to life for the city’s marginalized, the song became especially popular amongst cosmopolitan, middle-class youth, who had begun using “love” to index ideal modes of inhabiting the city. On the eve of the 2012 municipal elections, political activists drew on the popularity of the song to create an all-day music and arts festival headlined by Criolo. Billed as a non-partisan, popular manifestation expressing the need for a São Paulo governed by love, the event also became a sign of popular support for a particular type of city governance which brought a new mayor to power. This article teases out the dynamics of city life that primed listeners to resonate with the song, allowing its conversion into public event and political expedience. It asks how critiques of class and race inequities were elided through the trope of love. This case brings into relief the way in which affects are shaped by desires formed at the local level through global dynamics of cultural consumption and cultural economy, as well as the importance of actors who can drive affective resonance into particular political articulations.

Shannon Garland is a Postdoctoral Fellow in Ethnomusicology at the University of California, Los Angeles. She holds a Ph.D. in ethnomusicology from Columbia University. Examining media circulation, band touring, and live performance in the context of emerging music industry organizations, Dr. Garland's work addresses affect, aesthetics and sociality in the production of differential economies of value. Her book project, For the Love: Independent Music, Affect, and Labor in Brazil and Beyond, traces the interrelationships between cultural finance, social networking, and live performance, to show how aesthetic judgement forms through both global political economy and the intimate politics of social relationships. Dr. Garland serves as the 2017-2019 chair of the Economic Ethnomusicology Special Interest Group within the Society of Ethnomusicology.