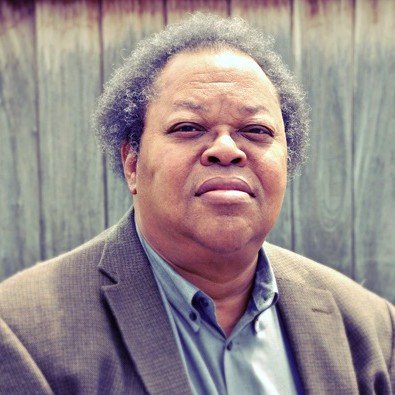 George E. Lewis is the Edwin H. Case Professor of American Music at Columbia University, where he serves as Area Chair in Composition and Faculty in Historical Musicology. A Fellow of the American Academy of Arts and Sciences, the American Academy of Arts and Letters, and a Corresponding Fellow of the British Academy, Lewis’s other honors include a MacArthur Fellowship (2002) and a Guggenheim Fellowship (2015), a Doris Duke Artist Award (2019), a United States Artists Walker Fellowship (2011), an Alpert Award in the Arts (1999), and fellowships from the National Endowment for the Arts.

Lewis has served as Fromm Visiting Professor of Music, Harvard University; Ernest Bloch Visiting Professor of Music, University of California, Berkeley; Paul Fromm Composer in Residence, American Academy in Rome; Resident Scholar, Center for Disciplinary Innovation, University of Chicago; and CAC Fitt Artist in Residence, Brown University. Lewis received the 2012 SEAMUS Award from the Society for Electro-Acoustic Music in the United States, and his book, A Power Stronger Than Itself:  The AACM and American Experimental Music (University of Chicago Press, 2008) received the American Book Award and the American Musicological Society’s Music in American Culture Award; Lewis was elected to Honorary Membership in the Society in 2016.  Lewis is the co-editor of the two-volume Oxford Handbook of Critical Improvisation Studies (2016), and his opera Afterword (2015), commissioned by the Gray Center for Arts and Inquiry at the University of Chicago, has been performed in the United States, United Kingdom, and the Czech Republic.

Professor Lewis came to Columbia in 2004, having previously taught at the University of California, San Diego, Mills College, the School of the Art Institute of Chicago, the Koninklijke Conservatorium Den Haag, and Simon Fraser University's Contemporary Arts Summer Institute.

At the AAR, Arnold Davidson and George Lewis on "improvisation as a way of life" 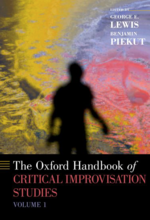 The Oxford Handbook of Critical Improvisation Studies, Volume I
September, 2016 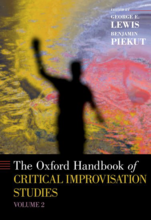 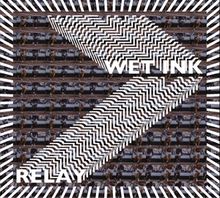 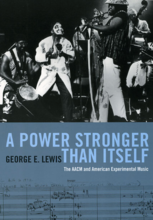 A Power Stronger Than Itself: The AACM and American Experimental Music
October, 2009
Degrees from Other Institutions:
BA
Philosophy
Yale University
1974