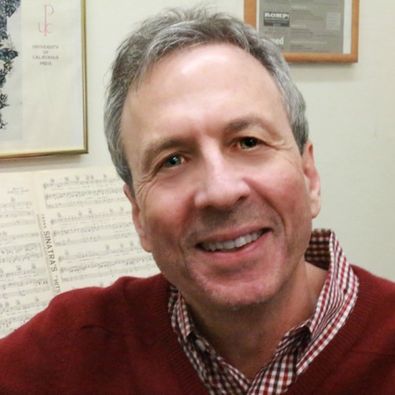 Walter Frisch is H. Harold Gumm/Harry and Albert von Tilzer Professor of Music at Columbia University in New York, where he has taught since 1982.  He has also been a guest professor at the University of Freiburg in Germany, Yale University, Princeton University, and the University of Pennsylvania.  He has lectured on music throughout the United States, and in England, France, Spain, Germany, and China.  His writings have been translated into French, German, Spanish, Italian, Japanese, and Chinese.

Professor Frisch is a specialist in the music of composers from the Austro-German sphere in the nineteenth and twentieth centuries, ranging from Schubert to Schoenberg.  He has written numerous articles and two books on Brahms, including Brahms and the Principle of Developing Variation (1984) and Brahms: the Four Symphonies (1996, 2003).  He served as editor of the volume Brahms and His World (1990, 2009) and was the founding president of the American Brahms Society in 1983.  He is the co-author, with George S. Bozarth, of the Brahms article in the second edition of the New Grove Dictionary of Music and Musicians (2000).

Professor Frisch’s publications on Schoenberg include the book The Early Works of Arnold Schoenberg, 1893-1908 (1993) and the edited volume Schoenberg and His World (1999).  He also edited and contributed to a volume on Schubert’s music, Schubert: Critical and Analytical Studies (1986).

His book German Modernism: Music and the Arts (2005) investigates the relationships between music and its cultural context in Austria and Germany during the period 1880-1915.

Professor Frisch served as general editor of a series of period music histories from W. W. Norton, Western Music in Context, His volume in the series, Music in the Nineteenth Century, was published in Fall 2012. His book Arlen and Harburg's Over the Rainbow appeared in September 2017.  He is now completing a book, Harold Arlen and His Songs, for Oxford University Press.

Professor Frisch has twice won the ASCAP-Deems Taylor award for his writings.  He has also been awarded fellowships from the National Endowment for the Humanities, the Alexander von Humboldt Foundation in Germany, and the Center for Scholars and Writers at the New York Public Library.

Arlen and Harburg's Over the Rainbow
September, 2017

Music in the Nineteenth Century
September, 2012

Schoenberg and His World
January, 1999 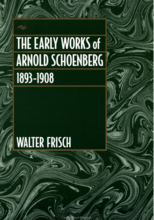