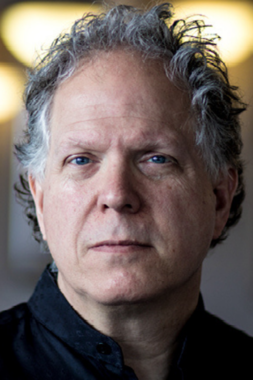 Fred Lerdahl, Fritz Reiner Professor Emeritus of Musical Composition at Columbia and Secretary of the Alice M. Ditson Fund said, “Delta David Gier is a widely renowned conductor who is remarkable in his dedication to contemporary American music. As longtime conductor of the South Dakota Symphony Orchestra, he has shown an unstinting commitment to programming American orchestral works, many of them premieres. He has developed the program Bridging Cultures, which is devoted to promoting the music of indigenous and diverse communities. He is a model of the engaged conductor. The Ditson Fund is pleased to honor this exemplary musician with its 2022 Conductor’s Award.”

In 1940 the Alice M. Ditson Fund was established by Columbia University to make grants “for Fellowships, Public Hearings, and Publication” of the work of talented musicians the Fund deems worthy of assistance. To encourage public performance of the music of gifted American composers, the Ditson Conductor’s Award was created in 1945. With the 2022 Award, Columbia University proudly adds Delta David Gier to the roster of distinguished conductors so honored.

Delta David Gier has been called a dynamic voice on the American music scene, recognized widely for his penetrating interpretations of the standard symphonic repertoire, passionate commitment to new music, and community engagement.

Orchestras Mr. Gier has conducted include the New York Philharmonic, the Philadelphia Orchestra, the Cleveland Orchestra, the Chicago Symphony, the St. Louis Symphony, and the Minnesota Orchestra. In Europe, past engagements include the Bergen Philharmonic (Norway), the Polish National Radio Symphony (with which he has several recordings), and the Bucharest Philharmonic, along with many other orchestras in Italy, Hungary, Poland, Romania, Slovakia, and Turkey. In the Americas, he has had a long relationship with the National Symphony Orchestra of Costa Rica and has conducted several orchestras in Mexico and Brazil.  In Asia, Mr. Gier continues to enjoy a longstanding relationship with the Thailand Philharmonic and has conducted the Singapore Symphony Orchestra, as well as the orchestras of Qingdao and Hebei in China.

Since 2004, Mr. Gier has been Music Director of the South Dakota Symphony Orchestra (SDSO). Under his direction, the orchestra has been lauded for its programming (including seven ASCAP awards). His series based on the Pulitzer Prize was called “an unprecedented programming innovation” by the Wall Street Journal and has included residencies with composers Jennifer Higdon, Steven Stucky, Zhou Long, John Luther Adams, and Paul Moravec. In this time, the SDSO has expanded its offerings with a cycle of Mahler symphonies and semi-staged operas.

The Lakota Music Project (LMP) was developed under Mr. Gier’s direction to address racial tensions between Native Americans and non-Natives in the region the SDSO serves. Now in its eleventh year, the LMP is a side-by-side program with the SDSO and Lakota/Dakota musicians which explores the role music plays in their respective cultures, seeking to engender understanding and healing between estranged peoples. This program traveled to Washington, D.C. in October 2019 for performances at the Smithsonian Museum of the American Indian and the National Cathedral. As of 2019, the LMP has expanded into Bridging Cultures, a broader program including projects with communities such as Arab (with oud artist Simon Shaheen, composer Malek Jandali), Persian (with composer Behzad Ranjbaran), Chinese (with composers Chen Yi and Zhou Long), South Asian (with composer Reena Esmail), and Sudanese/Somali refugees (with the Bernard Woma Ensemble).

For 15 seasons, Delta David Gier served as an Assistant Conductor of the New York Philharmonic. He studied at the University of Michigan under the renowned conducting teacher Gustav Meier, as well as at the Tanglewood Music Center and Aspen Music Festival. He was a Fulbright scholar in Eastern Europe from 1988-90. As an in-demand educator, Mr. Gier has served as guest faculty at the Curtis Institute, Yale School of Music, San Francisco Conservatory, and SUNY Stony Brook. He has chaired the music jury of the Pulitzer Prize and is a frequent panelist for the League of American Orchestras.