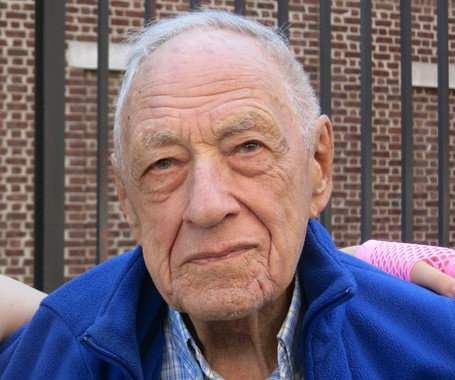 Ernest H. Sanders, Professor Emeritus of Music at Columbia, where he taught from 1954 until his retirement in 1986, died at his home in New York, on January 13, 2018.  He was 99 years old.  Sanders was born in Hamburg, Germany, and immigrated to the United States in 1938.  He studied the piano with Irwin Freundlich at the Juilliard School of Music from 1947 to 1950 and then enrolled as a graduate student in musicology at Columbia University, where he worked with Paul Henry Lang, Erich Hertzmann, and William J. Mitchell.  Sanders received his MA in 1952 and the PhD in 1963. He became a lecturer at Columbia in 1954 and was appointed professor of music there in 1972, serving as Department Chair from 1978 to 1985.

Sanders’s wife, Marion, to whom he was married for 52 years, passed away in 2007.  He is survived by two children, Nina and Peter, and three grandchildren, Erich, Maia and Aniela.

A memorial service will be held for Sanders at the Riverside Memorial Chapel, 180 West 76th Street, in Manhattan, on Sunday, February 18, at 2 pm.

Sanders's principal area of study was medieval English and French polyphony, particularly its style and notation. His writings on English medieval polyphony trace the influence of the English composers on their continental contemporaries.  Sanders also wrote on the music of Beethoven and Brahms. One of Sanders’s prominent Columbia students, Peter Lefferts (GSAS ’83), a professor of music at the University of Nebraska, writes: “Sanders was a wonderful musician and scholar of the highest intelligence and integrity. He had a mind like a razor, and relished nothing more than applying it with enthusiasm and rigor to a knotty problem in medieval notation or the prose of a Latin treatise. I remember vividly how he would continually rotate his eyeglasses from the bridge of his nose to the top of his head and back again as he bore down on a source held in his left hand and then moved to the board with a piece of chalk in his right hand---thinking aloud, always smiling, always animated. He carried this focused engagement deep into his retirement, publishing a 63-page essay on ‘The Notation of Notre Dame Organa Tripla and Quadrupla,' in Le notazioni della polifonia vocale dei secoli IX-XVII (Pisa, 2007) at the age of 88. May we all take such joy in the life of the mind.”

Another former Columbia student, Susan Hellauer (GSAS ’82), a founding member of the renowned vocal group Anonymous 4, whose earliest recordings were based on Sanders’s research and on the repertory in which he specialized, writes: “If there were no Ernie Sanders, there would have been no Anonymous 4.”