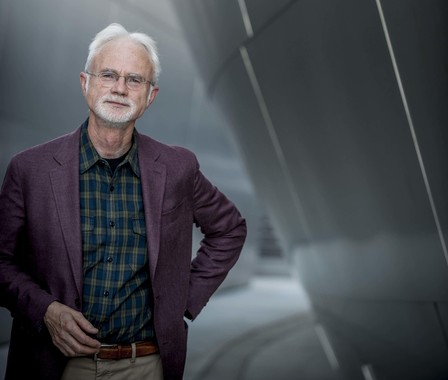 Fred Lerdahl, Fritz Reiner Professor Emeritus of Musical Composition at Columbia and Secretary of the Ditson Fund said, “John Adams is renowned and admired for his achievements as a composer of operas and symphonic works. Less known is his activity as a conductor of a wide variety of American concert music, in particular his advocacy of music by emerging composers. It is for this vital role that the Ditson Fund is very pleased to honor this important musician with its 2021 Conductor’s Award.”

In 1940 the Alice M. Ditson Fund was established by Columbia University to make grants “for Fellowships, Public Hearings, and Publication” of the work of talented musicians the Fund deems worthy of assistance. To encourage public performance of the music of gifted American composers, the Ditson Conductor’s Award was created in 1945. With the 2021 Award, Columbia University proudly adds John Adams to the roster of distinguished conductors so honored.

Composer, conductor, and creative thinker - John Adams occupies a unique position in the world of music. His works stand out among contemporary classical compositions for their depth of expression, brilliance of sound, and the profoundly humanist nature of their themes. Works spanning more than three decades are among the most performed of all contemporary classical music, among them Nixon in China, Harmonielehre, Doctor Atomic, Shaker Loops, El Niño, Short Ride in a Fast Machine and The Dharma at Big Sur.

His stage works, all in collaboration with director Peter Sellars, have transformed the genre of contemporary music theater. Of Adams’ best- known opera, the New Yorker magazine wrote “Not since ‘Porgy and Bess’ has an American opera won such universal acclaim as ‘Nixon in China’.”

Nonesuch Records has recorded all of Adams’ music over the past three decades, with numerous Grammy awards among them. A new recording of the complete Doctor Atomic, with Adams conducting the BBC Symphony, was released in July 2018, timed to coincide with the Santa Fe Opera’s new production.

As a conductor, Adams leads the world’s major orchestras in repertoire that ranges from Beethoven and Mozart to Stravinsky, Ives, Carter, Zappa, Glass and Ellington. Conducting engagements in recent and coming seasons include the Concertgebouw Orchestra, Berliner Philharmoniker, the Cleveland Orchestra Symphony Orchestra, Los Angeles Philharmonic, Netherlands Radio Philharmonic, Wiener Symphoniker and BBC Symphony. He led Rome’s Orchestra of Santa Cecilia in his oratorio The Gospel According to the Other Mary in October 2018.

Born and raised in New England, Adams learned the clarinet from his father and played in marching bands and community orchestras during his formative years. He began composing at age ten and his first orchestral pieces were performed while just a teenager.

Adams has received honorary doctorates from Yale, Harvard, Northwestern, Cambridge and The Juilliard School. A provocative writer, he is author of the highly acclaimed autobiography ‘Hallelujah Junction’ and is a frequent contributor to the New York Times Book Review.

Adams is Creative Chair of the Los Angeles Philharmonic. The official John Adams website is www.earbox.com.