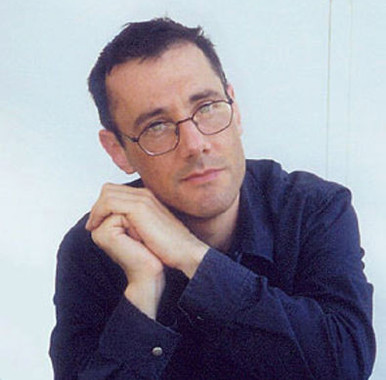 We are deeply saddened that our alumnus Paul Nauert (GSAS ’97) passed away on Friday, July 26. Paul received his doctorate in music theory in 1997 under Jonathan Kramer's sponsorship. He was an accomplished composer, pianist, and computer programmer as well as music theorist. After graduation he was a beloved teacher and colleague at UC/Santa Cruz. He was chair of the music department when was diagnosed with ALS. His many friends supported him throughout his ordeal, which he confronted with courage, perseverance, and grace. He will be deeply missed.

Below is a statement sent to the Society of Music Theory by three of his colleagues.

We write with sad news. After living with ALS for ten years, Paul Nauert passed away on Friday, July 26. His husband, Robert Covington, his brother Jon, two beloved longtime caregivers, and old friends from near and far were in his presence in the final hours, which were peaceful. Paul, who received his PhD from Columbia University in 1997, was Professor of Music at the University of California at Santa Cruz.

Paul’s writings in music theory, appearing in Perspectives of New Music, the Journal of Music Theory, Computer Music Journal, and The Musical Quarterly, are deeply connected to his work as a composer; they span a number of topics close to his creative interests, from pitch fields ("Field Notes: A Study of Fixed-Pitch Formations", PNM 41/1) to rhythmic complexity ("A Theory of Complexity to Constrain the Approximation of Arbitrary Sequences of Timepoints" PNM 32/2), from progression in post-tonal harmony ("Timespan Hierarchies and Posttonal Pitch Structure: A Composer's Strategies" PNM 43/1 and "The Progression Vector: Modelling Aspects of Post-Tonal Harmony" JMT 47/1), to algorithmic composition ("Division- and Addition-Based Models of Rhythm in a Computer-Assisted Composition System" CMJ 31/4). His scholarly work is brimful with insight, in contact with contemporary work on music perception and cognition and with detailed observations born of careful listening to a wide range of music; his work on rhythmic complexity and algorithmic quantization has had a major foundational impact on machine listening and machine music transcription and notation software. His compositions are well represented by A Distant Music, from New World Records; the liner notes for that album, by his colleague Amy Beal, form an excellent introduction to his musical thought and how his work changed in response to his illness. His scores are distributed by Frog Peak Music <http://frogpeak.org>. Paul remained active composing and writing until the end.

Paul was buoyed and brightened by the abundant love of so many who knew him as a teacher, colleague, and/or friend, especially in these last weeks. He felt it powerfully and clearly, and it mattered.