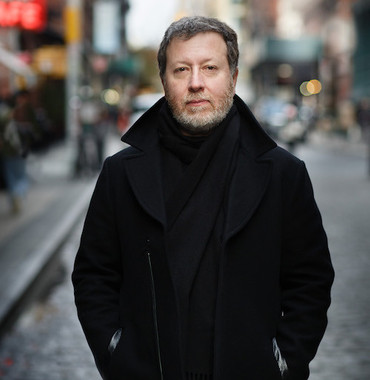 Brad Lubman, distinguished conductor and composer, is the recipient of the 2019 Ditson Conductor’s Award for the advancement of American music, Columbia University has announced. The prize will be presented on Thursday evening, October 17 at a concert of contemporary American music performed by Musica Nova at the Eastman School of Music in Rochester, NY. Gilbert Kalish, renowned pianist and advisory committee member of the Alice M. Ditson Fund of Columbia University, will present the award. Lubman will receive $5,000 and a citation on behalf of Columbia’s President Lee C. Bollinger.

Fred Lerdahl, Fritz Reiner Professor of Musical Composition at Columba and Secretary of the Ditson Fund said, "Brad Lubman is justly esteemed for his brilliant gifts as a conductor of contemporary music. As founding Co-Artistic Director and conductor of Ensemble Signal, and as a guest conductor throughout the United States and Europe, he has long championed music by many American composers across an impressive variety of aesthetic orientations."

Jeffrey Milarsky, Music Director and Conductor of the Columbia University Orchestra and recipient of the 2013 Ditson Conductor’s Award, said  “Brad Lubman's performances are imbued with attention to detail, passion, and an incredible sense of discovery. Maestro Lubman's presence is felt continually due to his uncompromising standards while performing American music.  He is responsible for immaculate and committed performances around the globe and is hailed by all composers as a stalwart colleague and an inspired musician. He has led a thrilling professional career and continually performs at the highest standard. The Ditson Committee is thrilled to present him with this prestigious award.”

When hearing of the award, Brad Lubman said "It's a great honor to be the recipient of the 2019 Ditson Conductor’s Award, and to join the list of previous recipients, including my mentor Oliver Knussen, and the very first recipient in 1945, Howard Hanson, who was for many years the director of the Eastman School of Music, where I have been a faculty member since 1997.”

Brad Lubman is one of the foremost conductors of modern music and a leading figure in the field for over two decades. A frequent guest conductor of the world’s most distinguished orchestras and new music ensembles, he has gained widespread recognition for his versatility, commanding technique, and insightful interpretations. His flexibility in a variety of settings has led him to conduct a broad range of repertoire from classical to contemporary works, and to direct projects including orchestra, opera, multimedia, and mixed ensemble. Lubman has led major orchestras including the Bavarian Radio Symphony Orchestra, Royal Concertgebouw Orchestra, Los Angeles Philharmonic, San Francisco Symphony, Danish National Symphony, NDR Symphony Orchestra Hamburg, DSO Berlin, SWR Sinfonieorchester, WDR Symphony Cologne, Orchestre Philharmonique de Radio France, Finnish Radio Symphony, and the Netherlands Radio Philharmonic Orchestra.

In addition, he has worked with some of the most important European and American ensembles for contemporary music, including Ensemble Modern, London Sinfonietta, Klangforum Wien, Musik Fabrik, Ensemble Resonanz, and Steve Reich and Musicians. Lubman has conducted at new-music festivals across Europe, including those in Lucerne, Salzburg, Berlin, Huddersfield, Paris, Cologne, Frankfurt, and Oslo.

Lubman is the founding Co-Artistic and Music Director of the NY-based Ensemble Signal. Since its debut in 2008, the Ensemble has performed over 300 concerts and co-produced ten recordings. Their recording of Reich’s Music for 18 Musicians on harmonia mundi was awarded a Diapason d’or in June 2015 and appeared on the Billboard Classical crossover charts.

Lubman was the 2017 Composer in Residence at the Grafenegg Festival in Austria in his dual role as conductor and composer in residence; a highlight of his residency was a performance with the Tonkünstler Orchestra Austria, where he led works by Brahms and Mahler as well as the world premiere of his own Reflections for orchestra. His recent work Tangents was commissioned by the LA Philharmonic and premiered at Walt Disney Concert Hall.

Brad Lubman is on faculty at the Eastman School of Music and the Bang on a Can Summer Institute.